(Sept. 19, 2013) Central Ohio home sales hit a new apex this summer and now stand at their highest point on record. The 18,834 homes sold as of Aug. 31 were 22.9 percent higher than the number of homes sold January through August of 2012 and further exceed any previous year. Homes sold during the month of August alone were 2,729, 11.1 percent higher than last year and another record high for sales during the month of August according to Columbus REALTORS®. 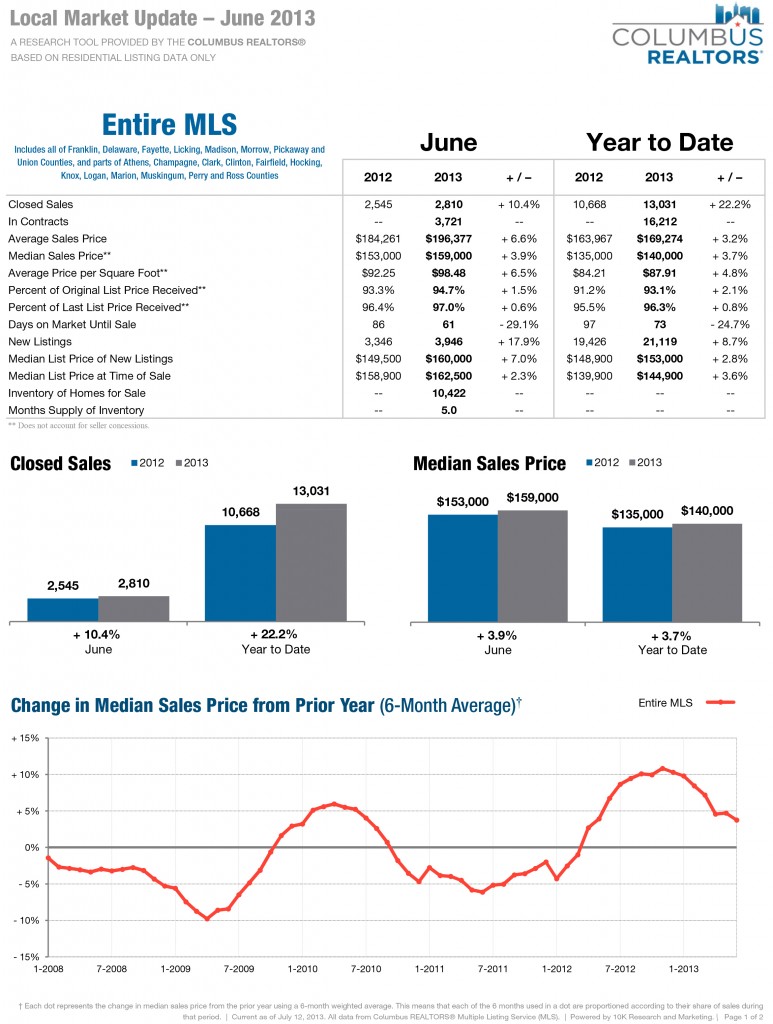 “(Aug. 21, 2013) Central Ohio home sales are breaking the records this summer. Year to date sales (15,988) are 24.2 percent ahead of last year and the highest for the first seven months of any year recorded by Columbus REALTORS®.

The 3,515 homes put in contract last month (18.0 percent higher than last year) would suggest that the high sales trend is continuing.”– Columbus Association of Realtors

Check out more information about the Arena District and Downtown Columbus Condos for Sale. 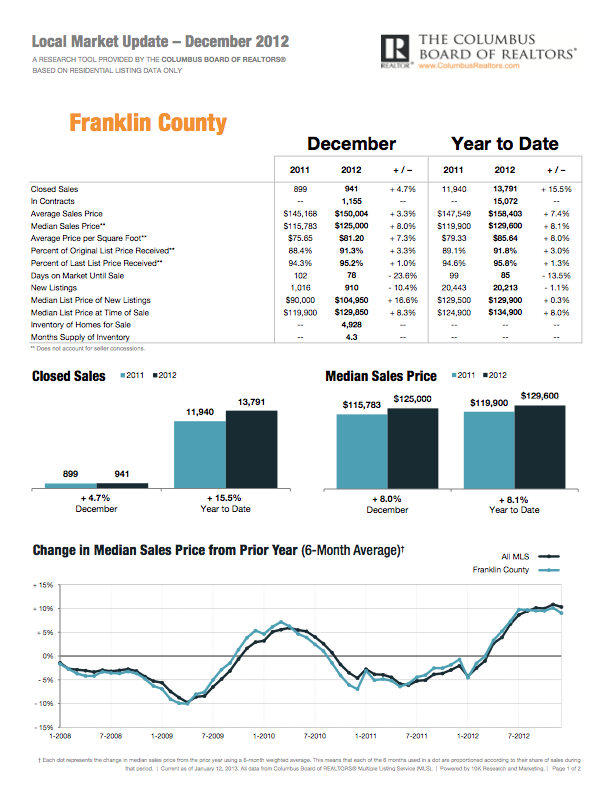 Central Ohio saw 22,915 single-family and condominium home sales in 2012, up 15.5 percent from the previous year according to the Columbus Board of REATORS®. This marks the highest number of residential home sales since 2007 – the end of the housing boom.

According to the latest Housing Market Confidence Index (by the Ohio Association of REALTORS®), 93 percent of central Ohio REALTORS® describe the current housing market as moderate to strong and 97 percent expect the housing market to be moderate to strong over the next six months. As for home prices, 85 percent expect home prices to remain the same or rise in the next year.” – Columbus Board of Realtors 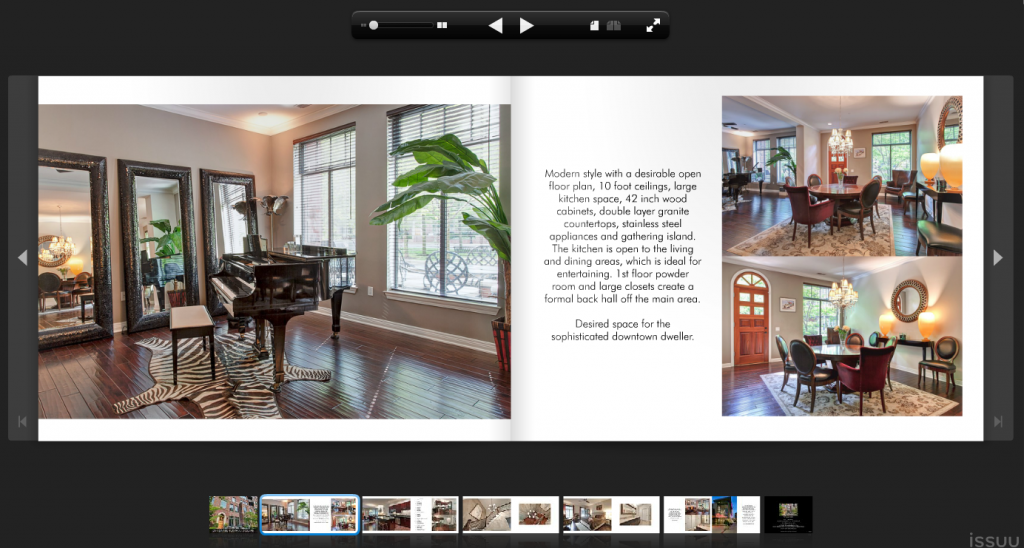 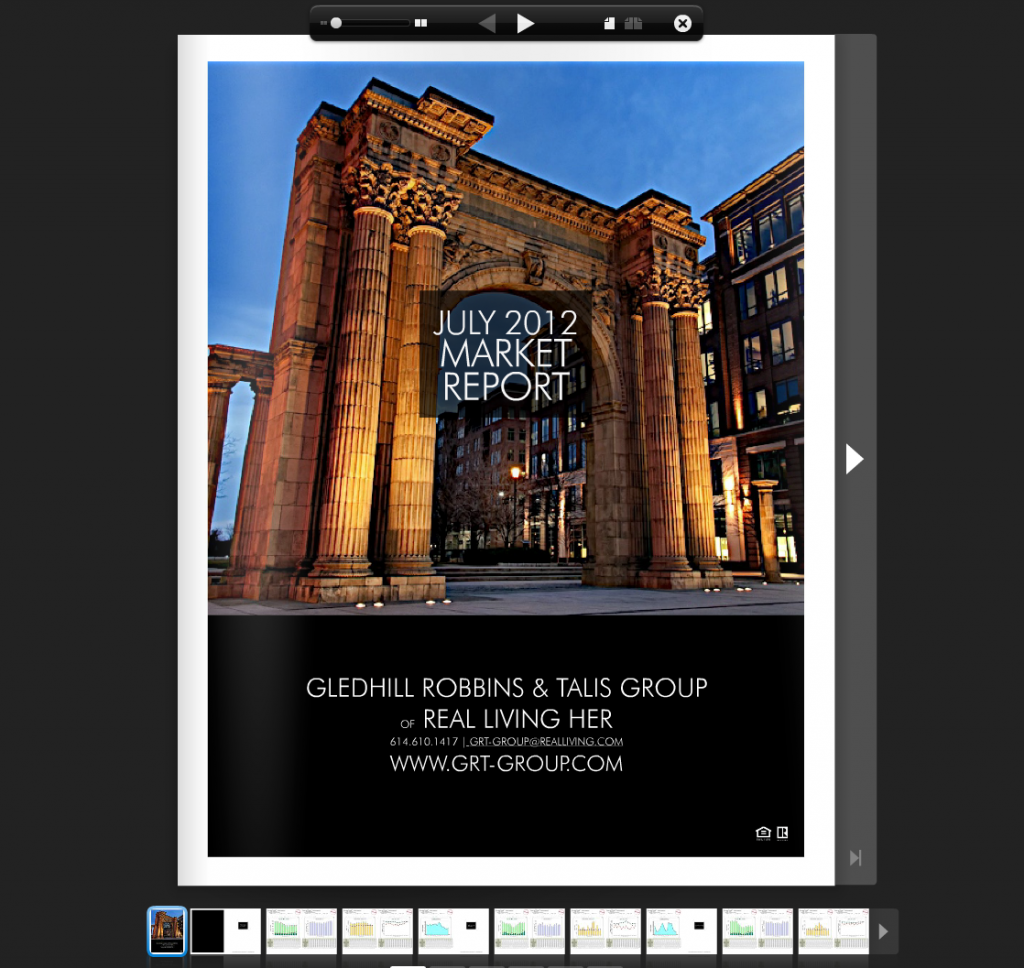 You do not want to miss this 2 story Penthouse in the heart of the Arena District. 2 bedrooms each with a private bath & huge walk in closets. Extra loft space perfect for home office,workout space, or 2nd floor den. Spacious kitchen w/ granite counters, new backsplash and stainless steel appliances. The living room is open to family room and features a stone wall with electric fireplace! Hardwood floors, private balcony, secured covered parking for 2. Tax abated though 2015. Walk to Blue Jackets, Clippers & restaurants! 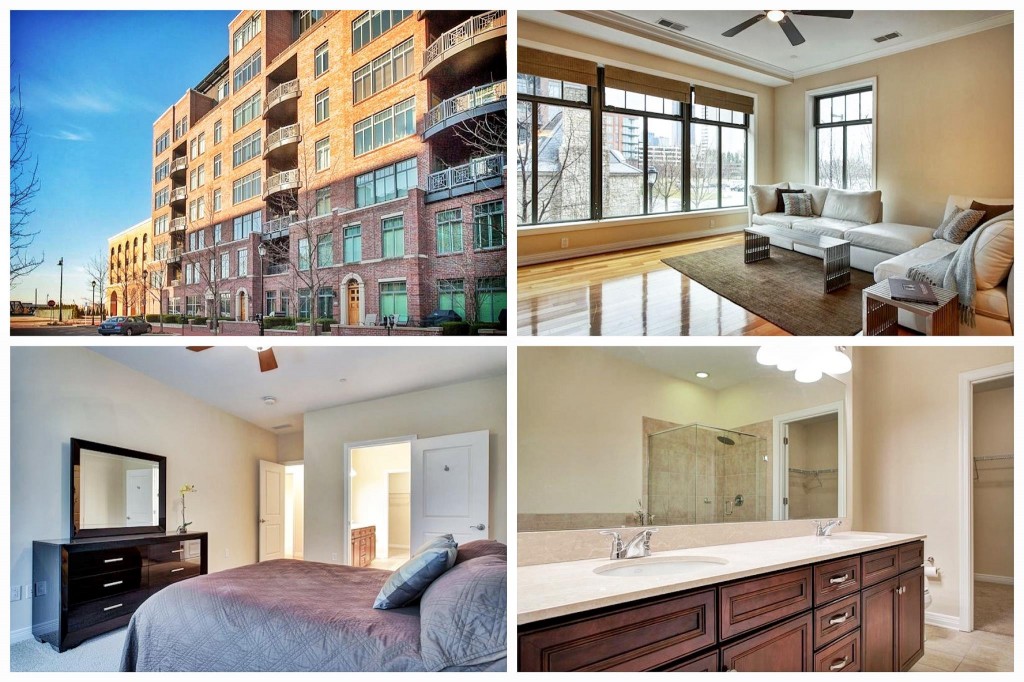